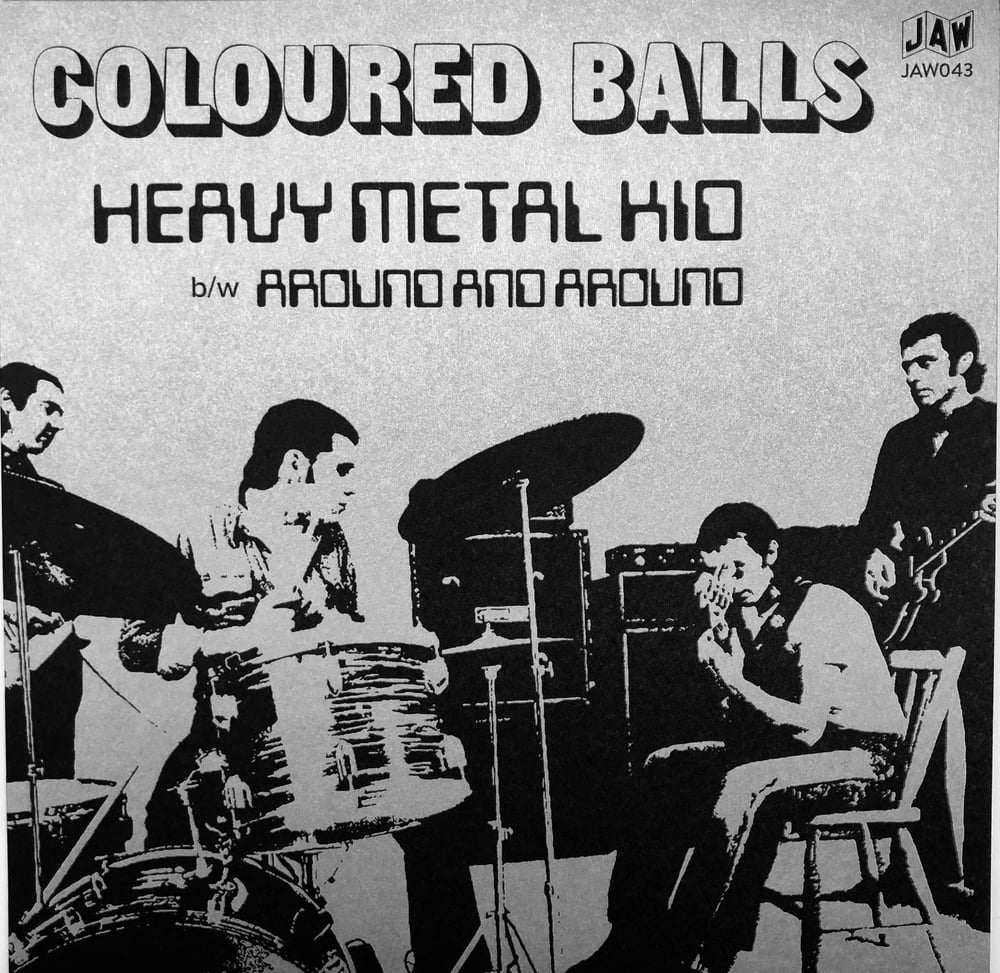 This is our 4th COLOURED BALLS release! Collect 'em all! This is a first time ever unique pairing of “Heavy Metal Kid” b/w “Around And Around” (previously unreleased on vinyl). Once again, EMI Australia completely dropped the ball when they didn’t issue the scorching “Heavy Metal Kid” as a teaser single for the brilliant album of the same name, released in October ‘74. By that time, EMI was seemingly losing interest in the group since The ‘Balls weren’t churning out pop hits. They were also being demonized by the conservative press for violence, both real and imagined, at their gigs. “Around And Around” dates from their final recording session from early ‘75 and has never been released on vinyl before. This is, hands down, Coloured Balls’ most soulful track. It’s heavily influenced by the Muscle Shoals sound. If you can imagine - think Etta James “I’d Rather Go Blind” era with a wah-wah and even a talk box for added effect given the Coloured Balls treatment. Coloured Balls are one of those groups that called it a day much too early and left us all wanting more. It’s a privilege to bring this to you. This is sourced directly from the master tapes and has never sounded better. We swear you can hear some extra guitar bits on "Heavy Metal Kid" that have never been audible before!