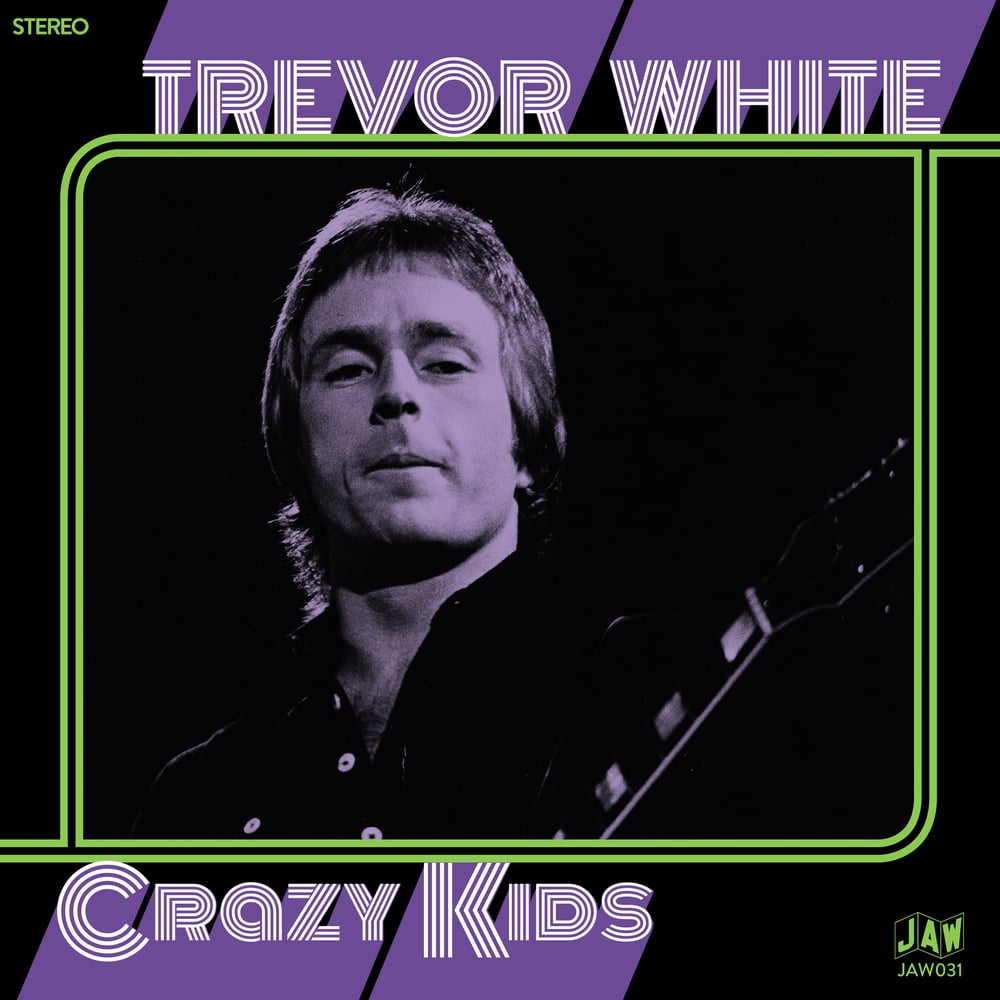 We are honored to release the 40th Anniversary Edition of JOOK/SPARKS/JET/RADIO STARS guitar hero, TREVOR WHITE's should-have-been-a-number-one-hit single from July 1976. Trev was fresh off his stint with Sparks when he recruited MARTIN GORDON (Sparks, Radio Stars) and CHRIS TOWNSON (John's Children, Jook, Jet, Radio Stars) to record this slice of perfection known as "Crazy Kids". Trev originally recorded this tune with Jook back in 1974 as the B-side to their incredible "Bish Bash Bosh" single. The B-side of this single, "Movin' In The Right Direction", is actually an unreleased-at-the-time Jook song, with Ian "Ralf" Kimmet on rhythm guitar and backing vocals, Ian Hampton (Sparks) on bass, and Chris Townson on drums again. This single is available for the first time in decades, and is newly remastered from the original recordings. The clarity is stunning. You can hear guitars and vocals that were buried on the original pressing. BUY OR DIE! Color vinyl versions are available exclusively from our web store!