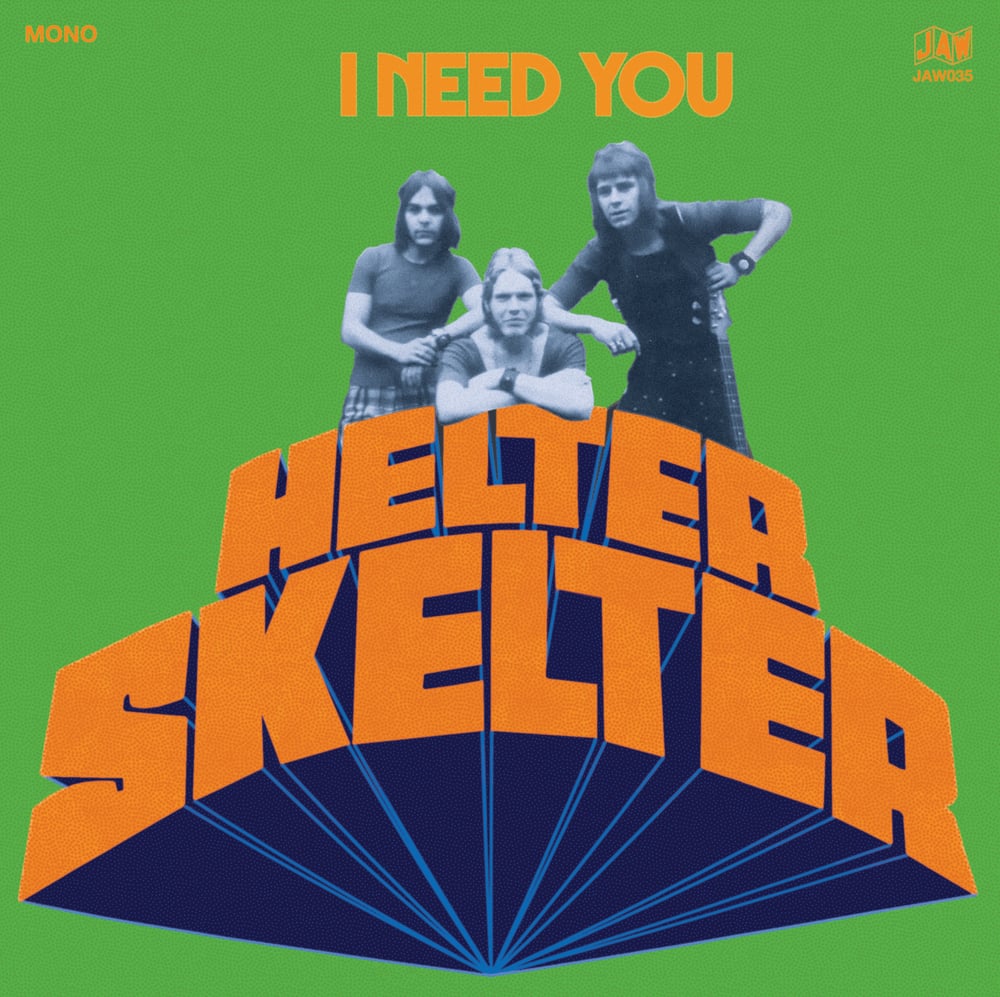 HELTER SKELTER was the one and only JESSE HECTOR's post-CRUSHED BUTLER outfit after he joined forces with drummer GARY ANDERSON and bassist VIC ALLEN. Eventually, they morphed into the more well-known HAMMERSMITH GORILLAS with the addition of ALAN BUTLER, who happened to be CRUSHED BUTLER's original bassist. Despite being recorded in 1971, the original "I Need You" b/w "Goodbye Baby" single was not released until 1977 during the height of U.K. Punk by Sticky Records, a subsidiary of President Records. Apparently, the world wasn't quite ready for this raw slice of PROTO PUNK/GLAM in 1971, or even 1977 for that matter. Our reissue includes a recently unearthed UNRELEASED BONUS TRACK of the original version of "I Live In Style In Maida Vale". Jesse's love of STEVE MARRIOTT/SMALL FACES really shows on this wonderful track. It was recorded at the same session as the original "I Need You" single in 1971 and has remained unreleased for 47 years. THE HAMMERSMITH GORILLAS later cut a new version of "I Live In Style In Maida Vale" in 1974. All tracks newly mastered in glorious MONO from the original tapes.