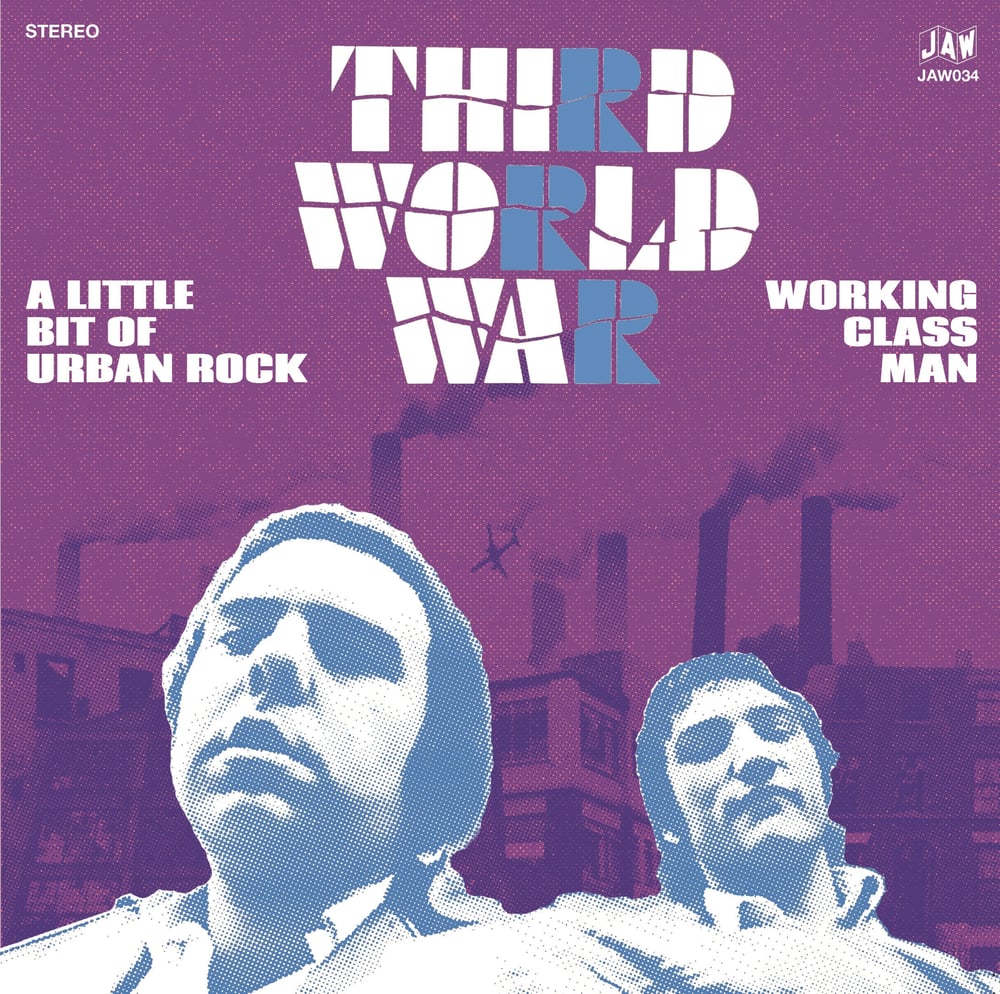 This slice of proto-punk perfection is back in print for the first time since 1972! This is a one-time pressing of 500 copies. Remastered from the original tapes and sounding better than ever. We are thrilled to reissue one of our all-time favorite singles. Terry Stamp and Jim Avery (ex-The Attack, Thunderclap Newman) hold the distinction of forming what was probably the UK’s first real “aggro” band. THIRD WORLD WAR formed at the dawn of the 70s, released two proto punk LPs (on Fly and Track Records respectively) in 1971 and 1972. THIRD WORLD WAR featured an aggression unheard of at that time. With Terry’s explosive vocals, lyrics, chopper guitar and Jim Avery’s West London two-fisted, hard-nut, riff and chord approach proved unbeatable (even 40 plus years on). Their socio-political agenda and proto-punk guitar style pre-figured the “working class” punk bands by some 5 years. B-side, “Working Class Man”, features The Rolling Stones horn section consisting of Bobby Keys and Jim Price. Terry Stamp also recorded an incredible and woefully overlooked LP for A&M in 1975 entitled “Fatsticks”. Several of the tunes on “Fatsticks” were proposed for a third THIRD WORLD WAR LP that never materialized. We are currently working on a reissue of “Fatsticks” slated for release in 2018.