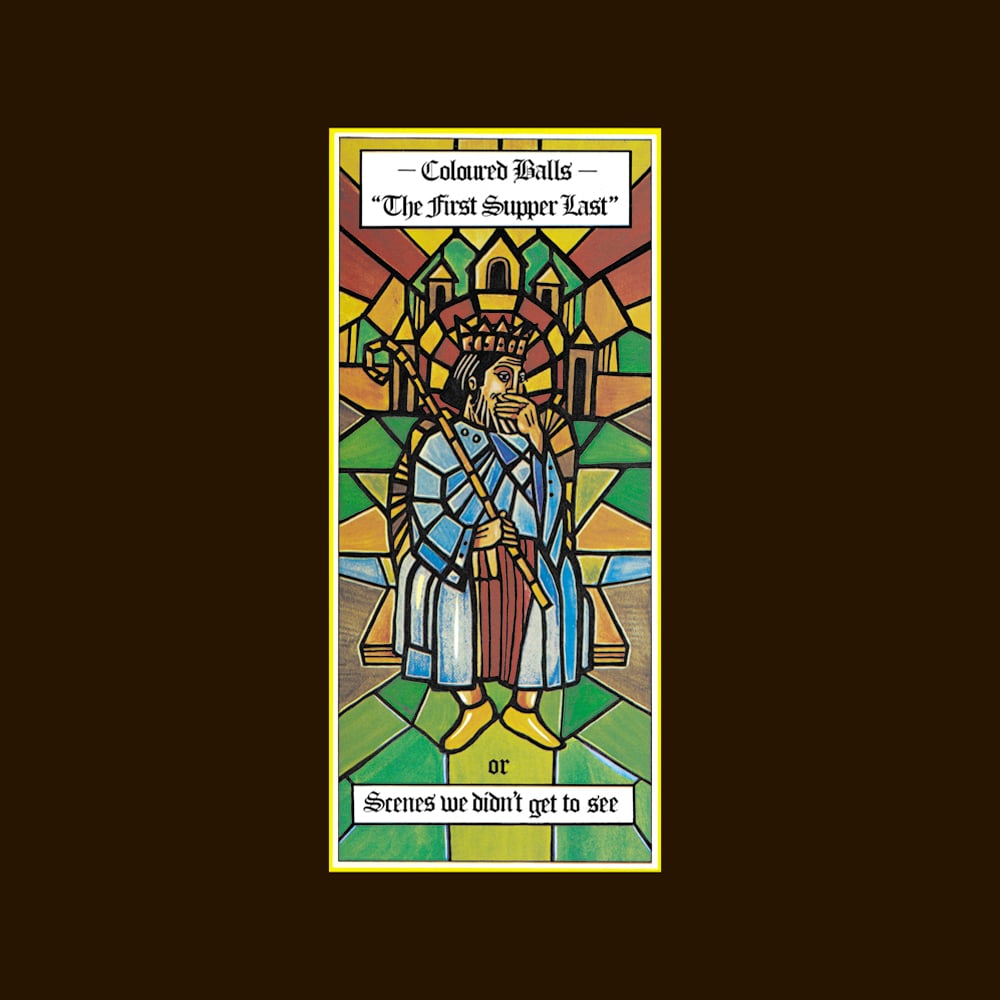 WE'RE ON OUR LAST BOX OF THESE!

COLOURED BALLS "First Supper Last or Scenes We Didn't Get To See" LP
Their first recordings! Before "Ball Power" (1973). Before "Heavy Metal Kid" (1974).
Proto Punk/Boogie/Blues/Progressive/Psych/50s Rock 'n Roll/Pop that still cannot be pigeonholed. Back in print for the first time in over 40 years. After LOBBY LOYDE had blazed a trail in THE PURPLE HEARTS, WILD CHERRIES, and THE AZTECS, he formed COLOURED BALLS and Australian rock 'n roll has never been the same. Recorded in late October/early November ‘72, but not issued until May ‘76. Shortly after it was recorded in ‘72, their manager left their label, Havoc Records, and took COLOURED BALLS with him. He then secured them a deal with EMI Records who were offered the chance to release what became “The First Supper Last or Scenes We Didn't Get To See”. It was originally slated to be titled "Rock Your Arse Off!". EMI declined, saying the recordings were too raw and that there were too many different musical styles to market - which is, of course, two of COLOURED BALLS’ greatest strengths. The album was finally released in ‘76 when Lobby signed a new solo record deal with Rainbird Records to issue his "Obsecration" album, the tapes for "First Supper Last" were also dusted off for release. Sadly, Rainbird Records folded soon after it was issued, which is why original copies can fetch $400+. It’s been out of print ever since, until now. Includes detailed liners by Ian McFarlane with rare photos and flyers.