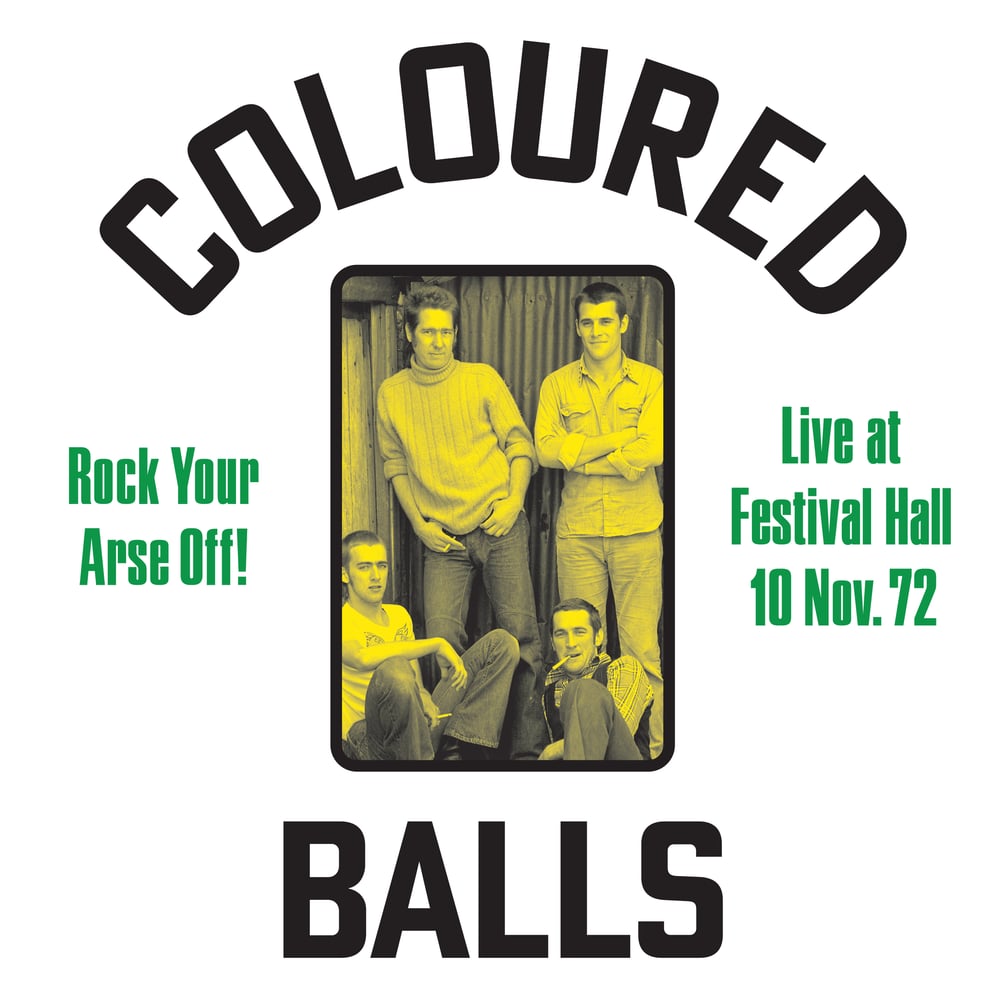 ***We found 1 test pressing! 1 of only 20 made with alternate silk screened jacket!

Stunning quality live recording documenting COLOURED BALLS tearing the roof off Melbourne's venerable Festival Hall - available on vinyl for the first time! This gig was recorded by Armstrong's Studio and engineered by John Sayers, who also did their "Ball Power" LP. This album has the entire 3-song, 30 minute set they played that night, including the only known recording of "GOD." with vocals!!! LOBBY LOYDE wryly introduces "GOD" with, "This is the first movement from an electronic symphony called "The First Movement of GOD". It may not be your thing, but can't win 'em all." Their set was shortened due to them playing last on the bill and Festival Hall not exactly being a late-night sort of place. The Festival Hall gig was a farewell show for headliners BILLY THORPE and THE AZTECS who were to jetting off to London the following day in search of even bigger recognition having already completely conquered their native Australia. Mastered from the original tape by Aztecs drummer and producer/engineer extraordinaire, GIL MATTHEWS. Analog start to finish. Liner notes by leading Australian Rock authority, IAN McFARLANE.