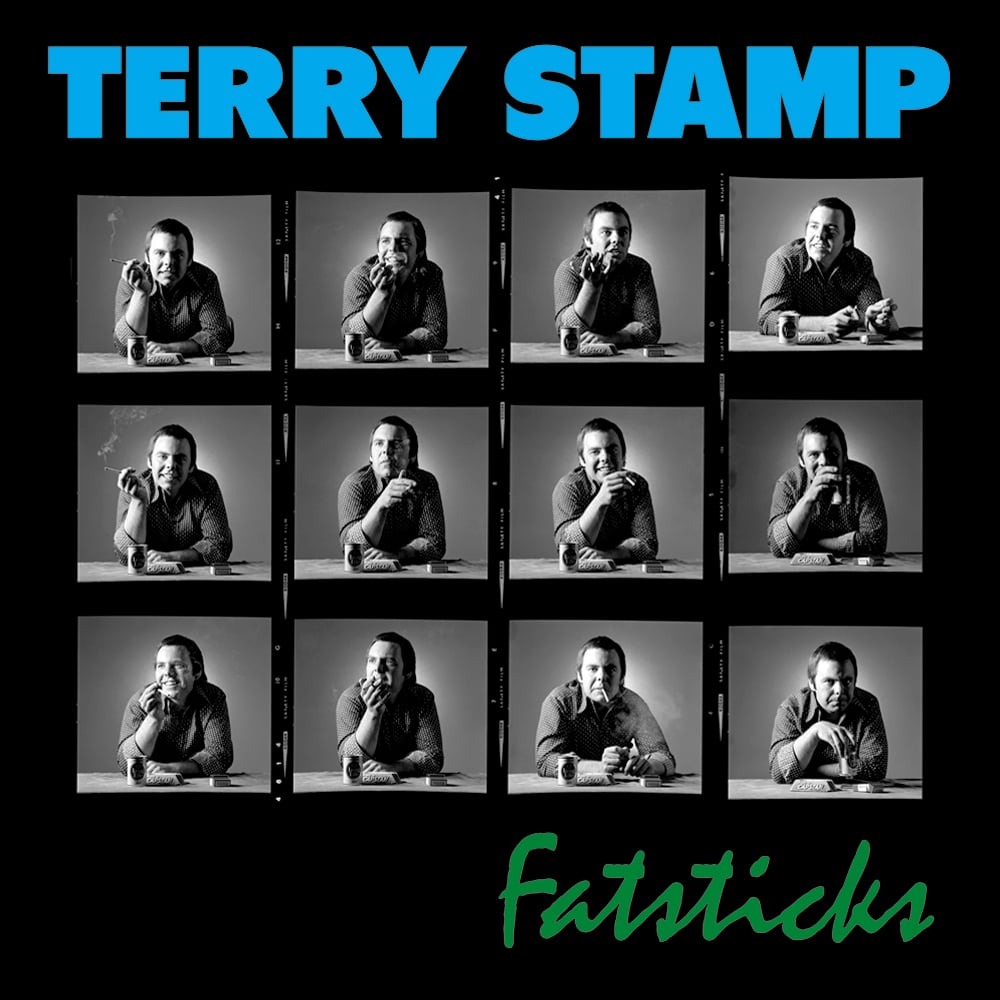 THIRD WORLD WAR vocalist/chopper guitarist TERRY STAMP’s criminally obscure and exceptionally brilliant debut solo album is back in print for the first time since 1975. Recorded in October 1974, about 15 months after Third World War finally called it a day. On "Fatsticks", Terry is backed by a killer crew of ringers consisting of his old TWW cohort, bassist Jim Avery (ex-The Attack, Thunderclap Newman), in addition to Ollie Halsall (Timebox, Patto, Boxer), Mike Moran (David Bowie) and the latter-day T. Rex rhythm section with Herbie Flowers (he of "Walk On The Wild Side" bass line fame) and Tony Newman (Sounds Incorporated). This album didn't have much of a chance upon its original release in July 1975: no promotion, no label support, and Terry had already bailed the UK for the greener pastures of America by the time it was released. This album is another case of Just Add Water Records having the chance to right history's wrongs by shining a light on a very deserving release that was literally ignored upon its initial release. We also changed the running order, because the original one is baffling at best and Terry didn't agree with it. It flows much better now. Opening track, "Itchy Feet", wasn't even supposed to end up on the finished album as it was deemed a bit too raw for the label's taste. It was eventually tucked away as the last track on the original album. What you are hearing is literally a live run-through with what were intended to be scratch vocals, that's why you hear Terry shouting instructions like "Bridge!" and "Solo!" to indicate where the changes are. Ollie Halsall was indeed that great of a guitarist to make up a solo like that on the fly. As the story goes, first there was Hendrix, but Ollie wasn't too far behind. Just when you think the song is finished, Ollie calls out, "Again. Yeah, yeah!" and launches into another blazing solo and uses what must be every note on his entire fret board. Just as in his days with THIRD WORLD WAR, Terry isn't beholden to any one style. This album has it all - from pub rocker "Motor Head", the boozy plaintive cry of "Town Drunk", to Terry's best ballad this side of “Stardom Road Part 1”- the closing title track, “Fatsticks”. This album is firmly in our all-time Top Ten and will soon be in yours. Liner notes by Terry himself! This is a one-time pressing of 500.